Sharing their experience with you

Prev
Next
The Corvara-Ladinia Ski & Snowboard School has always had a reputation for professionalism and the high standard of its technical and athletic preparation. In fact, several of the instructors in our team have experience in national and international competitions - in different disciples.

Ivo Rudiferia, alpine ski instructor, was a member of the Italian national snowboarding team. During his professional career he competed in both the European and World Championships, becoming world champion, winning the gold medal in 1996 in Lienz (Austria). He has won 5 podia in the World Cup and has been Italian champion no fewer than three times.

Before Wilma Pezzedi became a ski instructor she was a member of the national C team, competing in several competitions in Italy. Simiraly, Karin Costamoling and Walter Erlacher were both members of the national alpine ski junior team. Walter collected two podium finishes at the Italian championships.

In the 2000s, the years when the school enjoyed great growth, Luca Tiezza and Emmi Pezzedi both enjoyed success in the European Cup.

Luca Tiezza competed in the C team in 2000. A year later he was transferred to the B team, where he remained until 2005. His successes include a third place in the Europa Cup, victory on the Italian Seniors’ Cup circuit and a bronze medal at the Junior World Championships. He has taken part in numerous World Cup races.

Emmi Pezzedi, who competed at the highest levels between 1999 and 2006, had success in the Europa Cup with victory in the overall rankings in 2000. She finished in the top twenty twice in the World Cup as part of the national A team (in the World Cup group) and has also been overall Italian champion seven times.

Even further back in time, Roberto Grigis competed for ten years between 1979 and 1989 in the top event of the White Circus: the World Cup. Although he never collected a podium win, he finished in the first ten several times, just missing out on third place on the challenging Ganslerhang run in Kitzbühel. Roberto is the only instructor in the history of our school to take part in the Winter Olympics, in Sarajevo in 1984. In his prestigious professional career, he won the title of overall Italian champion in 1987.

As regards the up-and-coming sport of ski cross, everyone remembers the competitions of Nicolò di Genova in the 2012/13 season. Nicolò has competed once in the World Cup, three times in the Europa Cup and also took part in the Junior World Championships, where he finished in 35th place.

The only instructor who currently competes on the international circuit is the young Mara Martini, who has competed in ski mountaineering since 2015. She has had several podium wins and placed in the first ten in the World Cup. She has already won three medals at the World Championships.

Are you an experienced skier looking to carve the perfect turn or do you want to try out the gates on the giant slalom or slalom runs?
Discover our SKI RACING EXPERIENCE 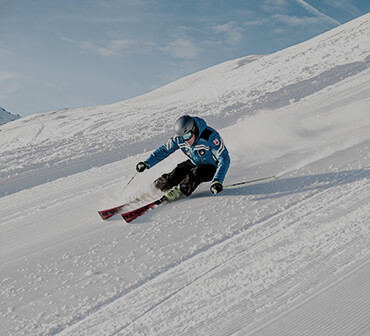 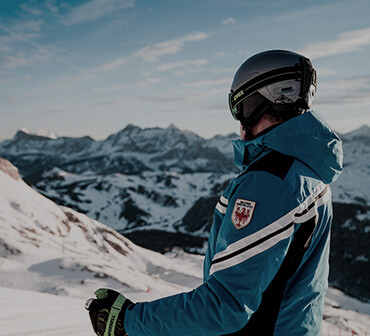 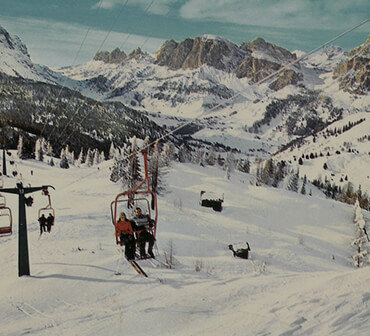 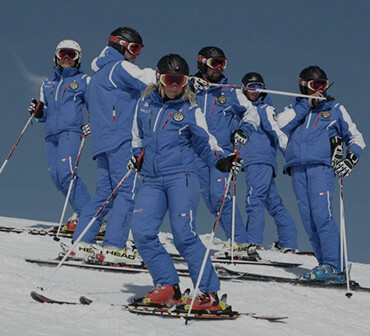